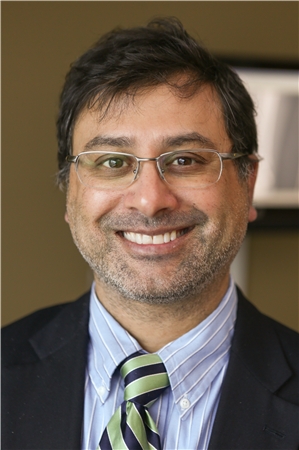 He joined the WSU faculty in 2009 and serves as the site director of the Wayne State University School of Medicine clerkship surgery rotation and as director of the Orthopaedic Trauma Rotation in the WSU Department of Emergency Medicine.

He has received numerous awards, including the Howard Rosen AO Trauma NA Teaching Award, the WSU Excellence in Teaching Award and the DMC/WSU Teaching Award for best educator as selected by residents in 2019. He has taught and mentored numerous fellows, residents and medical students. A widely-sought speaker and prolific author, he holds 12 medical patents. He also is a major in the Canadian Army Reserves.

“Our mission is to create and advance knowledge, prepare a diverse student body to thrive, and positively impact local and global communities. Our guiding values cut across organizational boundaries, bind us culturally, and permeate our strategic and tactical initiatives.

Wayne State’s history began in 1868, when five physicians who witnessed the crude medical treatment on Civil War battlefields committed themselves to advancing health education and care in Detroit. They founded the Detroit Medical College, which has since transformed into our School of Medicine.

Today, our main, 200-acre campus in Midtown Detroit is home to nearly 25,000 undergraduate and graduate students from across the United States and 70 countries.”

Dr. Rahul Vaidya is an orthopedist in Detroit, Michigan and is affiliated with multiple hospitals in the area, including DMC Harper University Hospital and Karmanos Cancer Center. He received his medical degree from McGill University Faculty of Medicine and has been in practice for more than 20 years.