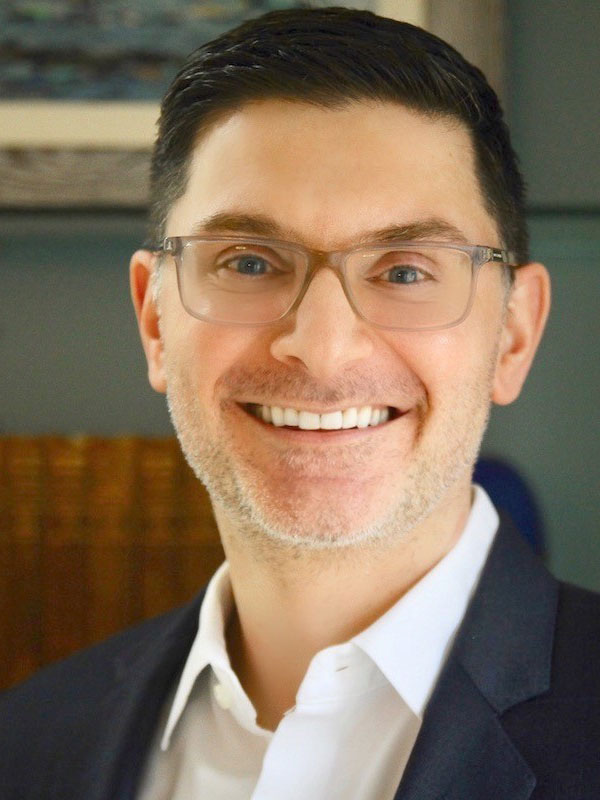 Sokol Todi, Ph.D., professor of Pharmacology and of Neurology, has been named chair of the Wayne State University School of Medicine’s Department of Pharmacology.

“Dr. Todi’s leadership of the department has been exemplary and has earned the trust of his faculty and students,” Dean Sakr said. “Furthermore, during the last several months, I had the opportunity to have numerous interactions with him, including asking him to lead/participate in key initiatives for our School of Medicine. I have been consistently impressed with his commitment to serve, his innovative approaches and his talent.”

He has been consistently funded through R00, R21 and R01 grants from the National Institutes of Health, as well as support from non-governmental organizations such as the National Ataxia Foundation, which recognized him two years in a row as a Young Investigator in Spinocerebellar Ataxias, and more recently with a Pioneer Award. His research has also been recognized with the WSU Career Development Chair Award.

His laboratory investigates mechanisms of neurodegeneration and neuroprotection in age-dependent neurodegenerative diseases caused by misfolded proteins, with particular focus on polyglutamine disease proteins. A widely-published researcher, he is an associate editor of the Journal of Neuroscience Research and a member of the editorial board of Scientific Reports.

Our mission is to create and advance knowledge, prepare a diverse student body to thrive, and positively impact local and global communities. Our guiding values cut across organizational boundaries, bind us culturally, and permeate our strategic and tactical initiatives. They are the defining traits of the WSU community.

Wayne State’s history began in 1868, when five physicians who witnessed the crude medical treatment on Civil War battlefields committed themselves to advancing health education and care in Detroit. They founded the Detroit Medical College, which has since transformed into our School of Medicine.

Today, our main, 200-acre campus in Midtown Detroit is home to nearly 25,000 undergraduate and graduate students from across the United States and 70 countries.

Our faculty experts come from across the globe to deliver a world-class education with countless research opportunities through our 13 schools and colleges.

Dr. Sokol V. Todi is Professor in the Departments of Pharmacology and Neurology at Wayne State University School of Medicine and Interim Chair of the Department of Pharmacology. Until recently, Dr. Todi served as the Associate Dean for Postdoctoral Affairs for the university. Dr. Todi opened the doors of his laboratory at Wayne State in December 2010, was awarded Tenure in 2015, and was promoted to full Professor in 2020.

During his time at Wayne State, Dr. Todi has been funded through R00 and R01 mechanisms from the NIH, as well as funds from non-governmental organizations, such as the National Ataxia Foundation, which recognized him two years in a row as a Young Investigator in Spinocerebellar Ataxias, and more recently with a Pioneer Award in SCAs. Dr. Todi’s work has also been recognized internally at Wayne (e.g. the Career Development Chair Award). Dr. Todi’s laboratory investigates mechanisms of neurodegeneration and neuroprotection in age-dependent neurodegenerative diseases caused by misfolded proteins, with particular focus on polyglutamine disease proteins.

Age-related neurodegeneration, including Alzheimer's Disease, Parkinson's Disease and Polyglutamine Diseases (e.g. several Spinocerebellar Ataxias and Huntington's Disease), afflicts millions of people worldwide. General understanding of molecular mechanisms involved in each of these diseases is incomplete and no cures exist for them. By using a combination of in vitro biochemistry, mammalian cell biology and fruit fly (Drosophila melanogaster) genetics, the Todi laboratory is working to identify and characterize genes important for neuronal homeostasis during normal function and in disease. They have made great progress in recent years towards understanding mechanisms of disease as well as narrowing down on viable therapeutic approaches.

Another major focus of their work centers on the physiological functions of a large class of proteases known as deubiquitinating enzymes (DUBs). DUBs are critical regulators of numerous cellular pathways and have recently emerged as potential therapeutic targets for various diseases, including neurodegenerative ones. The work that the Todi lab has been conducting with DUBs, some of which themselves cause degeneration when mutated, is shedding new light into basic cell biology and identifying novel therapeutic targets and strategies.

Lastly, the Todi lab recently expanded their work into novel processes important for protein quality control (proteostasis) during normal physiological activities as well as in diseases of the nervous system by centering on unconventional mechanisms involving the small protein modifier, ubiquitin.