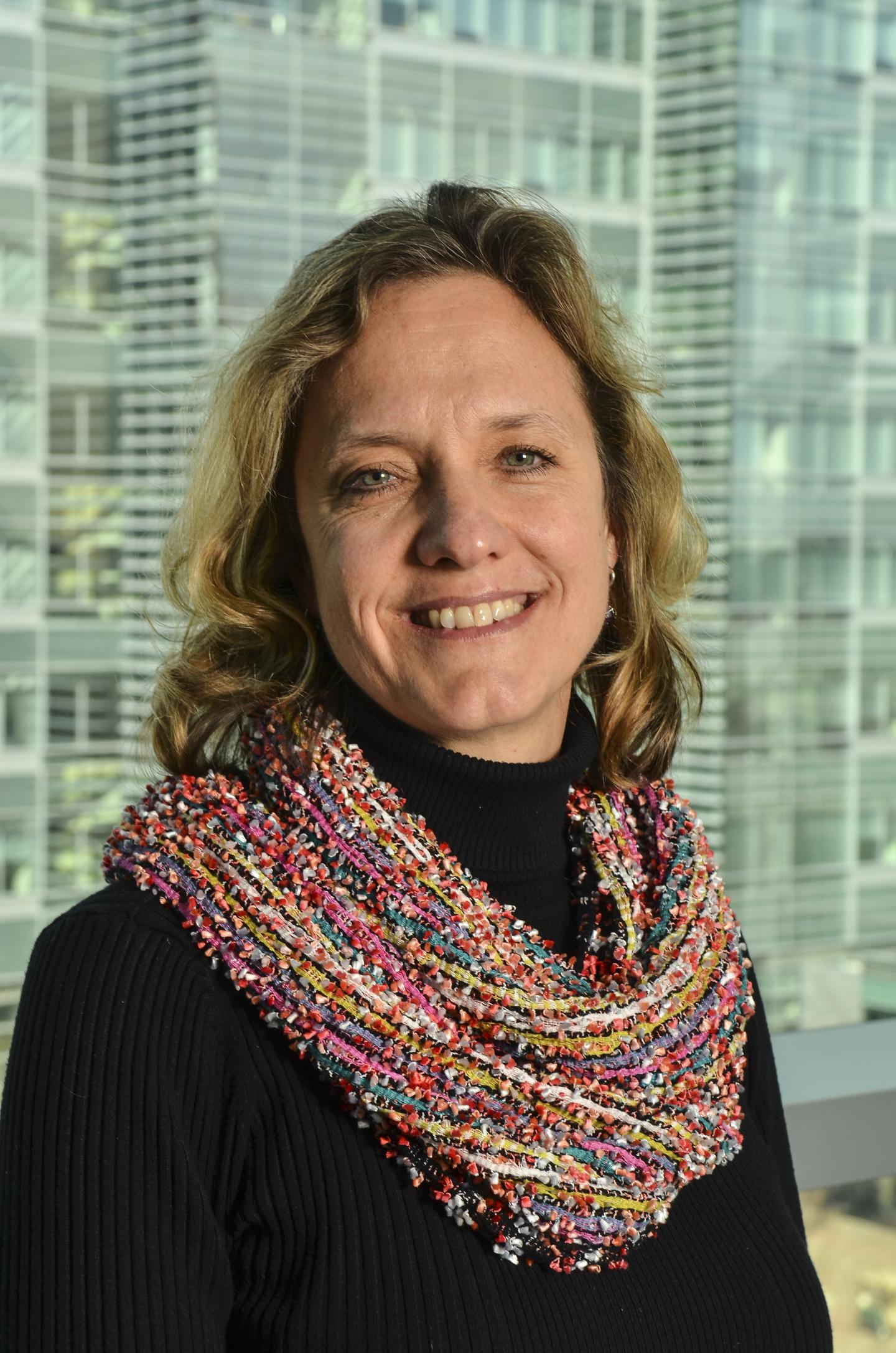 Heide Ford, PhD, professor of pharmacology, has been named chair of the Department of Pharmacology at the University of Colorado School of Medicine, effective June 15.

Ford joined the CU School of Medicine in 2001, after completing a postdoctoral fellowship at the Dana-Farber Cancer Institute and Harvard Medical School. In addition to her tenured appointment in pharmacology, Ford is associate director of basic research at the University of Colorado Cancer Center.

“We are fortunate that Dr. Ford has accepted this important leadership role,” Reilly says. “She knows our programs quite well and has been successful in building strong relationships with her peers on campus. She has been a role model for her colleagues, and I am confident that she can make immediate contributions as the chair of pharmacology. We all will benefit from her continuing leadership on our campus.”

“Our goal is to understand these fundamental biological processes so that we can develop novel drugs that target these developmental proteins,” Ford says.

Ford earned an undergraduate degree in biology, with a minor in chemistry, from the State University of New York at Geneseo, and her master’s and PhD degrees in biochemistry from the University of Rochester, both in upstate New York. She then joined Dana-Farber and Harvard as a postdoctoral fellow studying cell cycle control/cancer biology.

Since joining CU, Ford’s lab has been continuously funded by the National Cancer Institute, focusing on role of developmental regulators in breast and pediatric tumorigenesis and metastasis. She holds or has pending six patents.

Ford has published more than 85 peer-reviewed primary research articles and reviews, the vast majority related to tumor progression and metastasis. Ford serves in many leadership roles in the scientific community, including chairing study sections at the National Cancer Institute and running international conferences. She also serves on editorial boards and as senior/deputy editor for Molecular Cancer Research and Breast Cancer Research.

As a faculty member in graduate bioscience programs on the CU Anschutz Medical Campus, she has mentored scores of students, served on thesis committees, and has received several awards recognizing outstanding mentorship.

Ford succeeds Andrew Thorburn, DPhil, who stepped down from the chair role in February. Mark Dell’Acqua, PhD, professor of pharmacology, has served as interim chair since February.

About University of Colorado School of Medicine:

The School of Medicine offers a four-year program leading to an MD degree, and houses various graduate programs leading to the PhD degree. The school also includes a Child Health Associate/Physician Assistant (CHAPA) degree and a doctor of Physical Therapy degree. Both are three-year programs. The Medical Scientist Training Program (MSTP) awards both MD and PhD degrees. There are about 650 MD students at the school, plus 350 in the Physician Assistant and Physical Therapy programs and 400 in Graduate Medical Education.

The University of Colorado's School of Pharmacy (SOP) began in 1911 as a division of the School of Medicine. It became an independent college in 1913 and a school in 1957. It received its accreditation in 1938–1939 and awarded a B.S. in Pharmacy degree in 1995–1996 when it received a full accreditation status awarding the Doctor of Pharmacy (PharmD) degree by the ACPE. In 2008, the school moved to the Anschutz Medical Campus, rejoined the medical school, and offers medical and graduate degrees in pharmacy, the pharmaceutical sciences, molecular toxicology, and pharmaceutical outcomes research. 30% of its class is from out of state. In 2009, the NIH awarded $7,310,389 and $19,189,543 in grants towards the SOP and Pharmacology department, respectively. In 2011, the school moved into its new building, the Skaggs School of Pharmacy and Pharmaceutical Sciences, located on the Anschutz Medical Campus.

“My laboratory is very interested in the parallels between normal development and tumorigenesis. We examine how developmental genes get "hijacked" by tumor cells to perform their normal developmental function, but now out of context (in the developed cell), and how the hijacking of these genes promotes the aggressiveness of tumors. We study the crosstalk between "master" regulators of development, homeobox genes, and microRNAs that control their expression and are controlled by the homeoproteins themselves. We also are very involved in developing novel drugs that target these developmental proteins, as a new way to specifically inhibit tumor progression while conferring limited side effects (as these genes are turned off once development is complete, yet are highly expressed in tumors).”