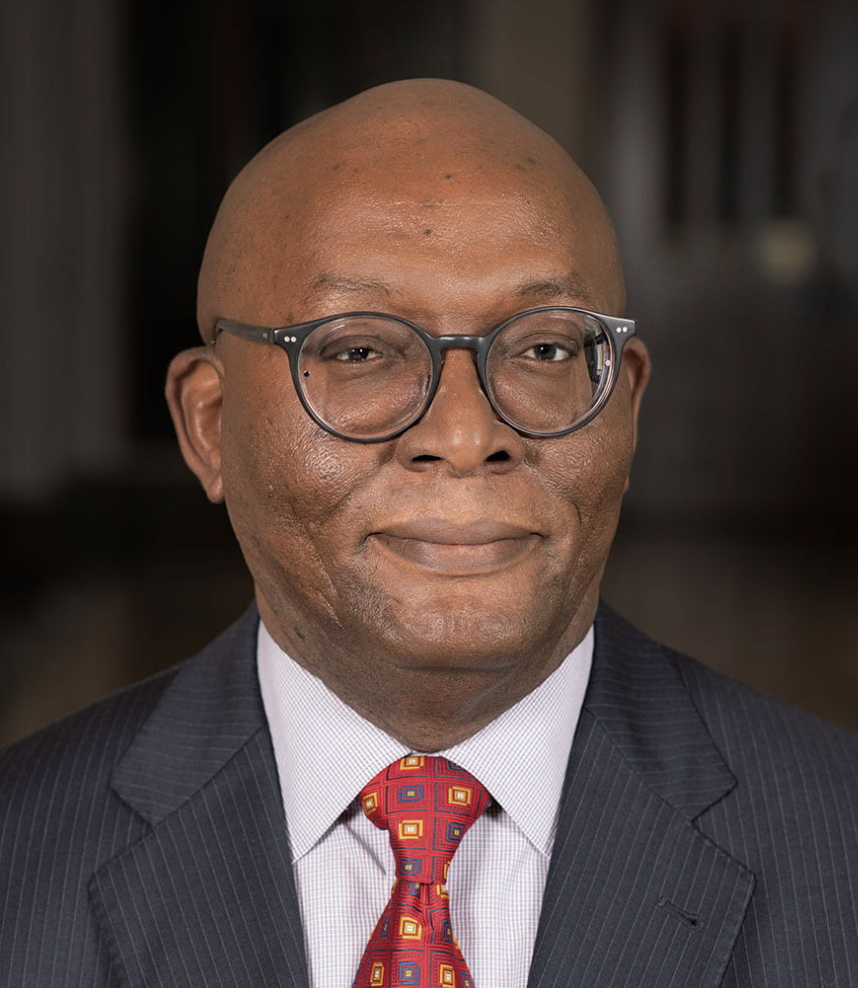 "We are pleased to announce that Dr. Omokhaye Higo has accepted a POD 5 Leader role. Dr. Higo will be partnering with fellow anesthesiologist, Dr. Rainer Kentner, as well as with leaders in BJH Perioperative Services and four Surgical Departments – Neurosurgery, Otolaryngology, Orthopaedics, and General Surgery – in providing clinical guidance in one of the busiest and highest acuity surgical PODs on the BJH Campus. With his extensive and diverse international experience, as well as his strong leadership pedigree, Dr. Higo will add tremendous value in this important position. He will collaborate with our surgical and BJH partners and support our clinical staff in promoting patient safety and quality, and efficiency of perioperative care. He will also further our efforts to enhance teamwork, diversity and inclusion, and to ensure that POD 5 is a nurturing and safe environment for all members of the healthcare team, including residents, fellows, SRNAs, medical students, and nursing trainees.

Dr. Higo has impeccable credentials, having trained and practiced at world-class academic medical centers in four countries across three continents. He graduated as a physician at the University of Ilorin in Nigeria. Thereafter, he worked as a Research Assistant in the prestigious St. Thomas’ Hospital in London, UK. He completed his residency training in anesthesiology at Cook County Hospital in Chicago. Dr. Higo subsequently took a position as an anesthesiologist at Raigmore Hospital, Inverness, Scotland. Crossing the Atlantic pond again, he undertook fellowship training in Critical Care Medicine here at BJH / Washington University.

Throughout his career, Dr. Higo has practiced as an intensivist and OR anesthesiologist, in both private and academic settings, and has held several leadership positions. For example, most recently before returning to Washington University, he was the Medical Director in the Division of Anesthesiology at Mercy Hospital in Washington, MO. Dr. Higo is currently an Associate Professor of Anesthesiology in the Division of Critical Care at Washington University. He works as an attending anesthesiologist in BJH operating rooms, as an intensivist in several ICUs across BJC, and as a pioneer in telehealth in the Anesthesiology Control Tower and in the Telemedicine ICU Center."

About Washington University School of Medicine in St. Louis:

The education of physicians at Washington University in St. Louis began in 1891.

Under an ordinance enacted April 14, 1891, establishing a Medical Department of Washington University, the St. Louis Medical College (an independent medical college in St. Louis) was brought under the wing of the well-established university.

The faculty of the college eagerly agreed to the union, stating “Most of the great medical schools of the world have always been integrant departments of universities, and the examples which America furnishes give added testimony to the fructifying influence of the contact of students and teachers of professional schools with the workers in universities.” Eight years later, the Missouri Medical College (another independent college in the city) also joined Washington University, and thus the two most famous medical colleges in the city were merged with the university.

In 1909, Abraham Flexner began a survey of 155 medical schools in the United States and Canada for the Carnegie Foundation for the Advancement of Teaching. The survey created a national sensation. Some schools collapsed, others pooled their resources, while still others reorganized. The Medical School of Washington University did not escape criticism. In the report Flexner made to Dr. Pritchett, president of the Carnegie Foundation for the Advancement of Teaching and former professor of astronomy at Washington University, he said that one of two courses must be adopted: “The department must be either abolished or reorganized.”

Dr. Pritchett mailed the report to Robert S. Brookings, a St. Louis merchant who was president of the Board of Directors of Washington University. Brookings was shocked and immediately went to New York to see Flexner, demanding proof that the conditions were as bad as described. Both returned to St. Louis and the two men went through the school. In less than two hours, Brookings was convinced that drastic action was necessary if the school was to be one of the foremost institutions of medical education and research. The meeting in 1909 of Brookings and Flexner was of unsurpassed significance in the history of the Washington University School of Medicine, for it led to the complete reorganization of the school and the establishment of the present Medical Center. Abraham Flexner inspired the dream of a model medical school. Robert Brookings accepted the challenge, and with the energy and vision which characterized all his enterprises, made the dream a reality."

Dr. Omokhaye M. Higo is an anesthesiologist in Washington, Missouri and is affiliated with multiple hospitals in the area, including Penn State Health St. Joseph and Penn State Health Milton S. Hershey Medical Center. He received his medical degree from University of Ilorin Faculty of Health Sciences and has been in practice for more than 20 years.