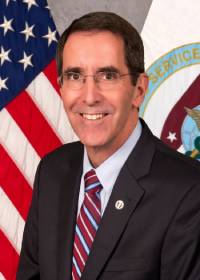 Virginia Commonwealth University and VCU Health System announced Wednesday that Dr. Arthur L. Kellermann will become VCU Health System CEO and VCU’s senior vice president for health sciences on Oct. 1. Dr. Peter F. Buckley, who has held both positions on an interim basis since January, will continue in his role until Kellermann arrives.

“I’d like to thank Dr. Peter Buckley for his extraordinary leadership in serving in this role on an interim basis, while also maintaining his role as dean of the VCU School of Medicine,” Michael Rao, president of VCU and VCU Health System, said in a statement. “His commitment to VCU and VCU Health is exceptional — coming as our community and the world responded to the COVID-19 pandemic.”

Kellermann will lead the schools of medicine, nursing, pharmacy and dentistry, the College of Health Professions, VCU Health System hospitals and outpatient clinics including the VCU Medical Center (ranked No. 2 in Virginia). He will also oversee the Massey Cancer Center and the Children’s Hospital of Richmond at VCU.

He is currently the dean of the F. Edward Hébert School of Medicine at the Uniformed Services University of the Health Sciences in Bethesda, Maryland, having served in that role since 2013. He also was the Paul O’Neill Alcoa Chair in Policy Analysis at nonprofit research organization the Rand Corp. and a professor of emergency medicine and public health at Emory University (from where he earned his doctorate). At Emory, he was the founding director of the Emory Center for Injury Control, founding chair of Emory’s Department of Emergency Medicine and associate dean for health policy at the Emory School of Medicine.

“I am drawn to VCU because of its commitment to the community, the commonwealth and our country,” Kellermann said in a statement. “It is an institution that is open to all and plays a pivotal role in the delivery of health care with unique and critical services.”

The Rhodes College graduate has also authored or co-authored more than 250 peer-reviewed publications about public health. He earned his master’s degree in public health from the University of Washington.

About VCU and the VCU Medical Center

Virginia Commonwealth University is a major, urban public research university with national and international rankings in sponsored research. Located in downtown Richmond, VCU enrolls more than 31,000 students in 226 degree and certificate programs in the arts, sciences and humanities. Sixty-seven of the programs are unique in Virginia, many of them crossing the disciplines of VCU’s 13 schools and one college. MCV Hospitals and the health sciences schools of Virginia Commonwealth University comprise VCU Medical Center, one of the nation’s leading academic medical centers. For more, see www.vcu.edu.

Arthur L Kellermann MD, MPH is Professor and Dean of “America’s Medical School,” the Hébert School of Medicine at the Uniformed Services University of the Health Sciences in Bethesda, MD. Before joining USU, he held the Paul O’Neill-Alcoa Chair in Policy Analysis at the RAND Corporation. From 1993-2010, he was professor and founding chair of Emergency Medicine and directed the Emory Center for Injury Control. He is a member of the National Academy of Medicine (formerly IOM). A graduate of Emory University (MD) and the University of Washington (MPH), he is board certified in Emergency Medicine and Internal Medicine.