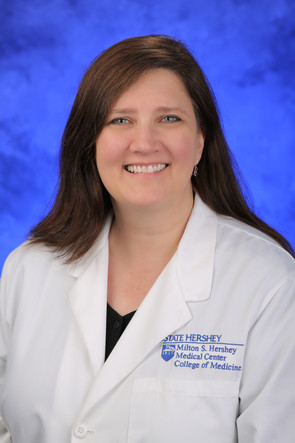 Shelly D. Timmons, MD, PhD, FACS, FAANS, hails from London Mills, IL, in west central Illinois, where she grew up on a farm with one brother, her parents, and a large extended family. She graduated from Spoon River Valley High School as valedictorian in 1983. She obtained undergraduate degrees from the University of Illinois at Urbana-Champaign in Honors Biology (BS 1987) and Rhetoric (BA 1988) and obtained her medical degree from the University of Illinois College of Medicine at Peoria in 1991. She completed her residency training in neurological surgery at the University of Tennessee in Memphis in 1997, under the chairmanship of Drs. James T. Robertson and Jon H. Robertson. In 2002, she earned her PhD in Anatomy and Neurobiology, studying noradrenergic modulation of calcium channels in pyramidal neurons with Robert C. Foehring, PhD.

Dr. Timmons practiced neurological surgery for thirteen years with the Semmes-Murphey Clinic in Memphis, TN. In 1997, she was appointed Assistant Professor in the Department of Neurosurgery and Chief of the Neurotrauma Division, as well as Chief of Neurosurgery at the Regional Medical Center at Memphis / Elvis Presley Memorial Trauma Center. She was promoted to Associate Professor in in 2008 and retained that appointment until 2011.

She has long been involved in resident training and education and served as Assistant Dean of Graduate Medical Education at UTHSC for eight years, as well as acting as an Assistant Clinical Dean for UTHSC.

In 2010, she took on the position of Director of Neurotrauma for the Geisinger Health System in Danville, PA, where she instituted a new ACGME-accredited residency training program in 2013. She was Clinical Associate Professor in the Department of Neurosurgery at Temple University during her tenure at Geisinger.

Dr. Timmons moved to Penn State University / Milton S. Hershey Medical Center in July 2016, where she took on the roles of Professor, Vice Chair for Administration, and Director of Neurotrauma.

Dr. Timmons has been married to Dr. Russell A. Carter, a cardiothoracic surgeon, since 1992; they have two sons, Alex and Michael.