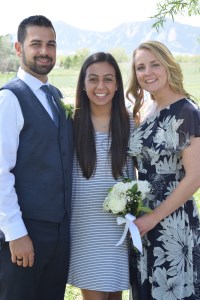 At the beginning of 2017, Academic Med welcomed Soto Nikolopoulos as the newest member to our team. As an executive search consultant, Soto will work with candidates to find their ideal career opportunity and with clients to build their academic programs.

Soto grew up in Plano, Texas, a Dallas suburb, and attended Plano East Senior High School. He then received a Bachelor’s degree in Education from the University of Texas Dallas.

Encouraged by family members working in healthcare, Soto joined a leading healthcare recruiting firm in their nursing department. Excelling in his new position, Soto had the opportunity to build the part-time nursing division. He grew the division to the point where he needed to hire three employees to work with him. He placed thousands of nurses a year and continually added to his book of business.

After working with nurses for half a decade, Soto decided to explore another side of the healthcare recruiting industry: physicians. He joined Academic Med for the opportunity to advance his career and work with key leaders making an influence in the healthcare industry. His favorite part about working at Academic Med is the friendly collaboration between team members.

Soto has been married to his wife Amy, a physical therapist, for four years. In their free time, Soto and Amy enjoy hiking and spending time with their Greek community.