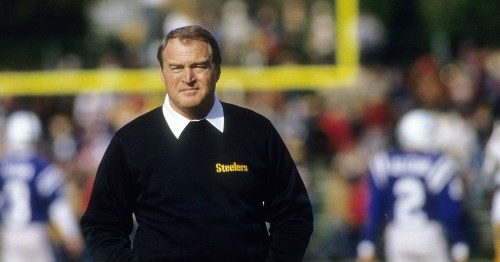 Last week, the Pittsburgh Steelers team President, Art Rooney II, announced the establishment of a new foundation to progress brain injury and sports-related concussion research. The foundation is named after Chuck Noll who spent 23-years on the Steelers’ coaching team and received induction into the Pro Football Hall of Fame in 1993. The Steelers will launch the organization with an initial contribution of $1 million.

Noll had enormous success in his coaching career, leading the Steelers to become the first team in NFL history to win four Super Bowls. His commitment to the well-being of his players ultimately led to the creation of the ImPACT test (Immediate Post-Concussion Assessment and Cognitive Testing), used by NFL team doctors since 2007. The ImPACT and ImPACT Pediatric tests are now used internationally and the only FDA-approved tests to assess cognitive function for suspected brain injury in patients age 5 to 60.

The Chuck Noll Foundation for Brain Injury Research will fund research evaluated to be the most promising in advancing the field of brain injury and sports-related concussion research. A medical advisory panel consisting of a few of the most renowned neurosurgeons in the country will help evaluate the best research programs to fund.

The Pittsburgh region has emerged as one of the leading centers for sports-related concussion evaluation and research. The UPMC Sports Medicine Concussion Program began in 2000 and its 30 staff members attend over 17,000 patient visits each year. They treat high school, college, and pro athletes, including many from MLB, NHL, and NFL, from across the United States. Additionally, the program developed the previously mentioned ImPACT test.

"The Pittsburgh Steelers are extremely committed to the science of brain research and the evaluation of treatments for sports-related concussions,"? said Rooney II. "We are pleased to be part of the launch of this important research foundation, and are committed to helping support the funding of research efforts. I cannot think of anyone more fitting for the Foundation to be named after than Chuck Noll. His contribution to advancing the way sports-related injuries are diagnosed and treated is immeasurable."