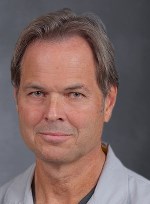 Douglas Anderson, MD, was recently appointed chair of the department of neurological surgery of Loyola Medicine and Loyola University Chicago Stritch School of Medicine. Dr. Anderson is one of the most accomplished neurosurgeons in the nation, having performed more than 3,000 complex brain surgeries in adults in children with various conditions such as epilepsy, brain tumors, and Parkinson’s disease. He has also authored over 200 peer-review journal articles and study abstracts presented at neurosurgical meetings.

Dr. Anderson has served the Loyola medical community since 1983 and has been a full professor since 2007. During this time, he has contributed to the rise of Loyal as an international leader in neurological surgery for education, research, and patient care. The neurosurgery team at Loyola performs 1,000 cranial surgeries and collaborates on about 150 cranial-base operations per year. It is currently among the top five centers in the United States.