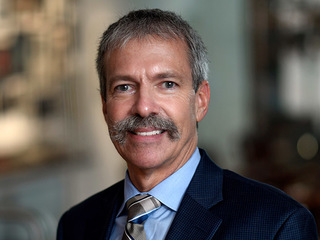 The grant is part of the Brain Research through Advancing Innovative Neurotechnologies (BRAIN) Initiative began by President Obama in 2013. The BRAIN initiative provides funding to neuroscientists with an aim to revolutionize our understanding of the human brain. The hope is that better understanding the brain’s 100 billion neurons and 100 trillion connections will accelerate the diagnosis, treatment, and eventually prevention of debilitating neurological diseases such as Parkinson’s, autism, and epilepsy. The initiative has awarded $150 million to various research groups so far.

Goodman and his collaborators at the University of Pittsburgh and Brown University will be awarded $1.5 million a year for five years to develop this technology. Their industry partner, Meditronic, will engineer the devices for the project.

Deep brain stimulation (DBS), has been used in over 140,000 adults worldwide to treat a variety of movement disorders such as Parkinson’s Disease. To perform the procedure, neurosurgeons place electrodes on the brain connected to a pacemaker-like device. The electrical stimulation produced can help control the parts of the brain causing disorder. The use of DBS for OCD in this project is particularly significant because it is the first time the FDA has granted any type of approval for the use of neurosurgery as a treatment for a psychiatric disorder.

“We proposed a pilot study in 10 subjects with severe, treatment-resistant OCD,” Goodman said in a statement. “In our first five subjects we’re going to be targeting the same area of the brain, called the ventral striatum, that is currently approved for treatment under the Human Devise Exemption from the FDA.”

Goodman explained that they first want to train a computer in the room with the OCD patient and programmer to learn the emotional and behavioral state of the patient using a camera-based computer system. The computer will learn to associate certain brain activity with these different states. The device will then stimulate the brain based on the patient’s state to deter unwanted symptoms of OCD.

Ultimately, Goodman said, this research will not only improve DBS technology, but also shed light on the brain circuitry associated with OCD. In the long-term, he hopes this data will help develop less invasive treatments for OCD.