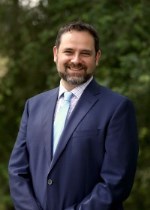 Jeffrey Kutcher, neurologist and sports neurology expert, recently opened The Sports Neurology Clinic at The Core Institute in Brighton, Michigan. After founding and building the University of Michigan Health NeuroSport Clinic 10 years ago, Kutcher assumed his new position in pursuit of broadening the neurological care available to athletes not only in Michigan, but also nationally.

Kutcher helped pioneer the field of sports neurology, saying he began working with athletes at UM before neurologists really became involved in sports. Now, as the neurological effects of sports injuries have become increasingly evident through the findings of advanced research, sports neurology has become an important part of athlete care. Kutcher himself has advised numerous sports organizations, including the NFL, NHL, NBA, U.S. Ski and Snowboard Association, as well as organizations at the collegiate, high school, and elementary levels.

While The Sports Neurology core was founded as its own entity, it is part of a broader service line the Phoenix-based Core offers. In March 2013, Core acquired the Porretta Center for Orthopaedic Surgery, a practice in the Detroit area, which has specialists in orthopedic surgery and sports medicine. "Our expansion into sports neurology is a natural complement to the Core Institute's expertise in orthopedic and sports medicine," said David Markel, Core's market president and an orthopedic surgeon, in a statement.