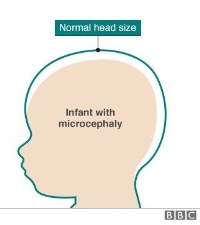 On Thursday, August 18, Neurology Today published the results from a study of two Zika Virus vaccines showing promise in animal models. The two experimental vaccines have shown to fully protect mice against Zika virus, as well as other mammals.

Zika virus has filled news streams for months as an ominous reminder of the perils and prevalence of the virus that has no cure or vaccine. Meanwhile, researchers have worked diligently to produce a vaccine to protect humans against the virus.

Mosquitos most frequently transmit Zika virus, although it can also be passed through sex from a person who has Zika virus to his or her partner and from mother to child in-utero. Most people infected with Zika won’t have symptoms or have mild symptoms such as fever, rash, joint pain, and/or conjunctivitis. However, Zika virus has proven particularly dangerous to baby’s in-utero, often causing microencephaly. Microencephaly is a birth defect where the baby has a smaller head than expected and a brain that has not developed properly. Other consequences in infants include eye defects, hearing loss, and impaired growth.

The first vaccine is called Zika purified inactivated vaccine, or ZPIV, while the second is a DNA-based vaccine developed from tiny bits of Zika virus DNA that encodes for certain viral surface proteins. The proteins trigger the human immune response when exposed to the virus. Both vaccines work by inducing Zika virus-specific antibodies against three strains of the virus. Researchers have said that they plan to launch clinical trials of the ZPIV vaccine before the year’s end.

It is impressive how quickly these seemingly-effective vaccines were produced, yet many more steps and time must pass before the vaccine can be produced on a wide-scale. Matters are also complicated by the multiple strains of the virus and reports that the virus may have developed additional modes of transmission. And of course, financial restraints also slow down the pace of research.