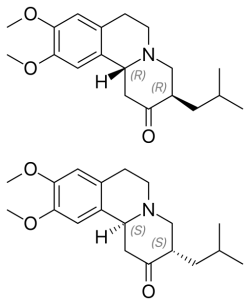 Neurology Today reported this week positive findings from a clinical study of a new drug, deutetrabenazine – a treatment for chorea associated with Huntington’s Disease (HD). Currently there is no cure for HD, but medications exist to help control the symptoms. In a 12-week clinical trial done by researchers from the Huntington Study Group, researchers found that the new drug scored a higher degree of favorable change on a chorea rating scale compared to those taking the placebo.

Huntington’s Disease is a genetic, neurodegenerative disorder that causes deterioration of nerve cells in the brain. Symptoms usually appear between ages 30 and 50, during a person’s prime working years. Conditions usually worsen over a 10 to 25-year period until death occurs usually due to pneumonia, heart failure, or other complications. It is known as the quintessential family disease because every child of a parent with HD has a 50/50 chance of inheriting the mutated gene that causes the disease. Some of the most common symptoms of HD are memory loss, depressed or irritable mood, uncoordinated and/or involuntary movements (chorea), and difficulty swallowing. Chorea is a common symptom of HD, affecting about 90% of those with the disease.

The only FDA-approved drug to treat chorea is tetrabenazine, which generally requires three doses a day and has detrimental side-effects such as sedation, fatigue, depression, anxiety, and akathisia. Deutetrabenazine works in a similar manner as tetrabenazine, but has a different pharmokinetic profile. In Deutetrabenazine, the hydrogen atoms in tetrabenazine are replaced by a heavier hydrogen isotope that increases the drug’s circulating half-life. This preserves the duration of the therapeutic benefit, while requiring a lower dose.

More studies are required to come to a better conclusion about the drug’s effectiveness and potential side effects due to this study’s relatively small size, limited duration, and population profile. Additionally, while chorea increases the difficulty of living with HD, it is just one of many symptoms affecting HD patients.