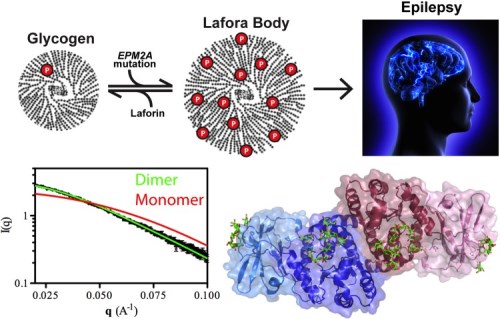 University of Kentucky College of Medicine Professor Dr. Matthew Gentry will lead an international team of scientists to pursue a cure for Lafora’s Disease with a recently awarded $8.5 million National Institute of Health grant.

The International Epilepsy Cure Center, based at UK College of Medicine’s Department of Molecular Medicine and Biochemistry, brings together researchers from around the world to improve the diagnosis and treatment of patients with Lafora’s Disease and ultimately find a cure.

Lafora’s Disease is an inherited, rare neurodegenerative disease that is a severe form of progressive myoclonus epilepsy. The condition most often begins during late childhood or adolescence with epileptic seizures. Patients’ symptoms often include difficulty walking, muscle spasms, and dementia. The disease is usually fatal within 10 years of onset.

The international team has already discovered mutations in two genes thought to cause LD. The genes code for the proteins laforin and malin, respectively. Both of the proteins are involved in the cellular metabolism of glycogen that results in the production of energy as glucose. The mutations lead to abnormal glycogen inclusions called Lafora bodies, a type of inclusion similar to those seen in other neurodegenerative diseases such as Alzheimer’s disease, Parkinson’s disease, and ALS.

The team has already made great strides in shedding light on the cause, diagnosis, and treatment of Lafora’s Disease. This additional funding will aim to move the lab’s basic science findings into translational research.