Dr. Peter Costantino is the Executive Director and Senior Vice President of the New York Head and Neck Institute and the Otolaryngology-Head and Neck Surgery Service Line of the North Shore-LIJ Health System (soon to be Northwell Health). He has been appointed Chairman of the Department of Otolaryngology-Head and Neck Surgery for Lenox Hill Hospital-Manhattan Eye, Ear and Throat Hospital and the North Shore-LIJ-Hofstra School of Medicine. In these roles, Dr. Costantino leads clinical, academic and programmatic direction for Otolaryngology services across the North Shore-LIJ Health System. Within the clinical arena, he is one of the few surgeons in the United States experienced in virtually all aspects of cranial base surgery and capable of removing tumors by either an “open” approach involving an external incision on the scalp or face, or by minimally invasive endoscopic surgery. Dr. Costantino specializes in reconstruction of the face, facial nerve for facial paralysis and skull. 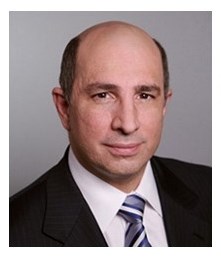 Dr. Costantino is an innovator and leader in his field of cranial base surgery and craniofacial reconstruction. He is the first surgeon in the United States to have obtained New York State Department of Health approval for a facial tissue allograft transfer (face transplant). Dr. Costantino was also the first surgeon to re-grow a missing segment of jawbone, utilizing distraction osteogenesis and to remove skull base tumors through the nose without external incisions. He is one of the few surgeons in the United States routinely performing such endoscopic nasopharyngeal resections, which result in significantly less deformity and loss of function compared to standard “open” methods of removing recurrent naso-pharyngeal cancers. As a recognized researcher in biomaterials and tissue engineering for over two decades, Dr. Costantino has been responsible for the development of several commercially successful reconstructive implants. He is the co-developer of hydroxyapatite cement, which has been used to reconstruct craniofacial skeleton in thousands of patients. Additionally he participated in defining and expanding the application of a cellular dermis for facial reconstruction.