The role of the faculty in the Department of NMM/OMM is to train students according to the COMP Mission Statement. This is accomplished through excellence in curriculum, translational research, service and osteopathic clinical practice. The faculty member is expected to mentor and be a role model for students. 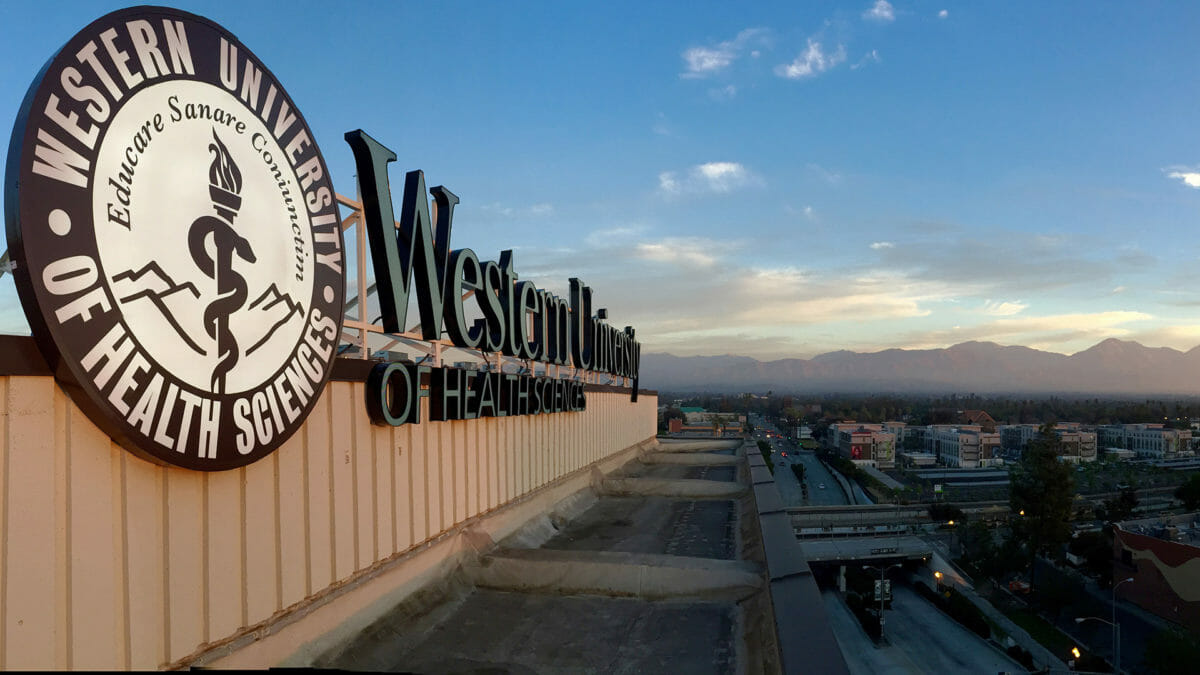 The mission of the College of Osteopathic Medicine of the Pacific (COMP) is to prepare students to become technically competent, culturally sensitive, professional and compassionate physicians who are lifelong learners and will serve society by providing comprehensive, patient-centered healthcare with the distinctive osteopathic philosophy.

Individuals must possess these knowledge, skills and abilities or be able to explain and demonstrate that the individual can perform the essential functions of the job, with or without reasonable accommodation, using some other combination of skills and abilities. 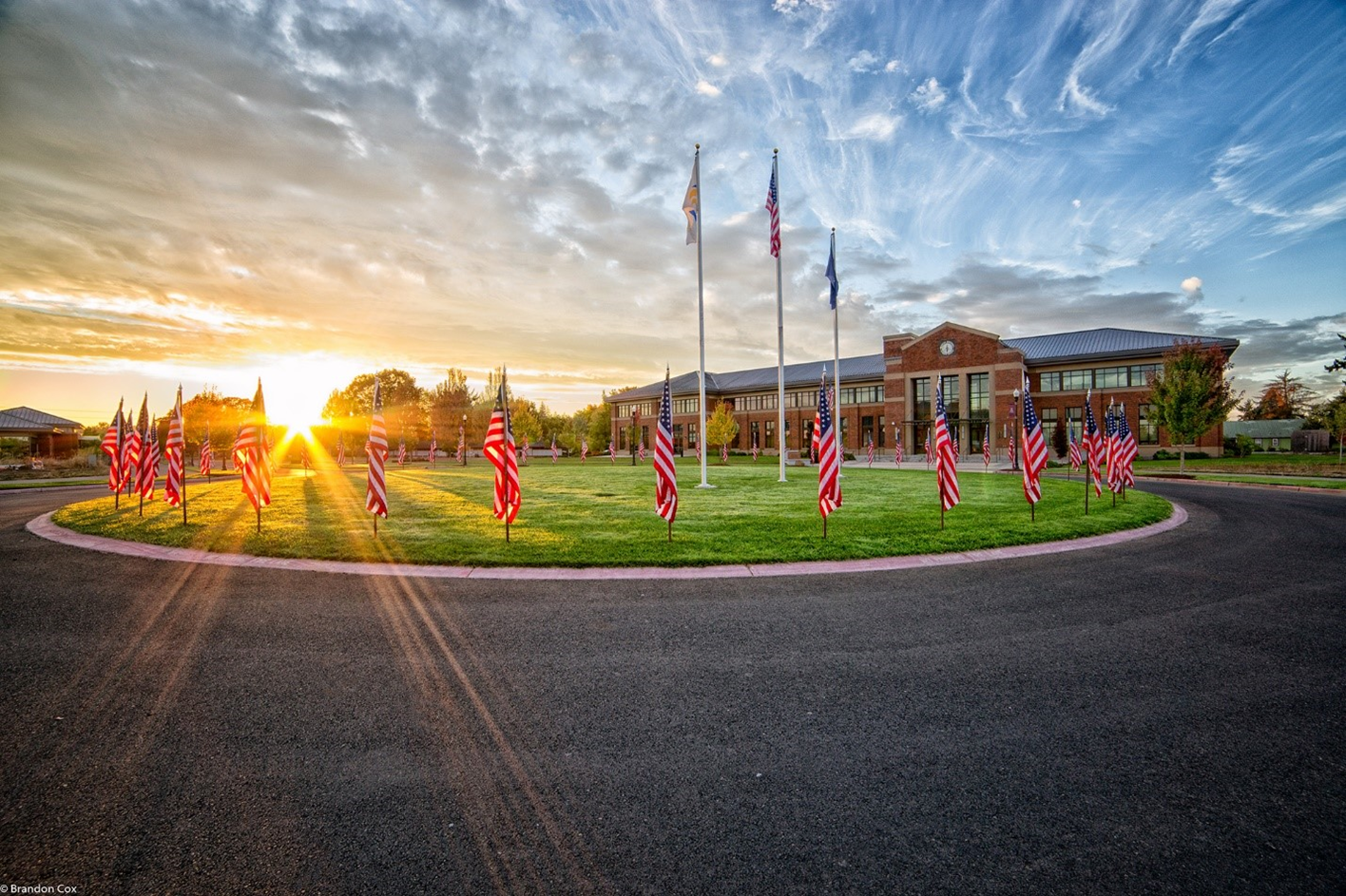 Do the essential functions of this job require lifting? Yes

Duties are normally performed in a typical office or medical setting. The noise level in this setting is usually loud due to working in an open area.

The Neuromusculoskeletal Medicine/Osteopathic Manipulative Medicine Pre Doctoral Teaching Fellowship Program is a twelve-month training program integrated within the student’s third and fourth clinical clerkship years. An additional year is added to the student’s osteopathic medical training to accommodate his/her clinical clerkship and fellowship obligations. The fellowship program affords students the opportunity to teach the science and art of osteopathic principles and practice (OPP). It also allows the interested student to practice and perfect his/her skills while working under supervision of experienced osteopathic physicians.

The goals of the fellowship program are to help develop future osteopathic physicians who:

The NMM/OMM PDT Fellows are respected members of the teaching, research, and service team in COMP’s NMM/OMM Department. The position requires a strong commitment to the department faculty, peers, patients, and to the students who depend heavily upon the Fellows’ assistance and expertise.

For 40 years, Western University of Health Sciences has had a special mission: Educating tomorrow’s health-care professionals with a combination of scientific excellence and a humanistic, compassionate approach to patient care.  WesternU is one of the largest graduate schools for the health professions in California. Alumni rank among the top leaders in health care and medicine throughout the country and the world.

The University is home to more than 3,800 students in nine health sciences colleges and 20 degree programs, as well as more than 1,100 employees, and its main campus in Southern California is one of the most thriving enterprises in the Pomona and Inland valleys. WesternU Pomona, encompassing 22 acres, has helped transform downtown Pomona into a thriving mix of retail, commercial and educational enterprises.

All of the health care programs have professional accreditations, and the University is accredited by the Accrediting Commission for Senior Colleges and Universities of the Western Association of Schools and Colleges. 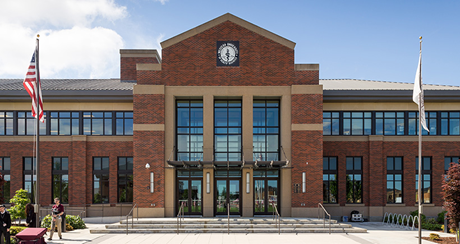 Western University of Health Sciences embarked on a special mission when it opened its doors in 1977 as the College of Osteopathic Medicine of the Pacific (COMP): educating tomorrow’s health care professionals with a combination of scientific excellence and a humanistic, compassionate approach to patient care.

From an inaugural class of 36 students in 1978, enrollment in the College grew to more than 400 by 1986. That same year, the addition of the Master of Science in Health Professions Education program paved the way for what would become the College of Health Sciences. Meanwhile, the University continued acquiring former Pomona Mall buildings, remodeling them and converting them to educational use.

The campus kept growing over the next decade, with enrollment jumping dramatically in 1996, when the addition of a College of Pharmacy coincided with the campus’ name change to Western University of Health Sciences.

1998 was another landmark year for WesternU, as the College of Graduate Nursing was founded in March, and the College of Veterinary Medicine – the first veterinary college in Southern California, and still one of only two such colleges in the state – was established just five months later.

The College of Osteopathic Medicine of the Pacific (COMP), was established in 1977 as a direct and important response to a critical shortage of primary care physicians in the western United States. Philip Pumerantz, PhD, accepted the invitation of the college’s board of directors to become the founding president in September of 1977. In January 1978, COMP received pre-accreditation status from the American Osteopathic Association. Provisional accreditation status was achieved in July of 1978 and full accreditation in February 1982. In August of 1996, in order to better reflect its stature, COMP was restructured into a university with a new name: Western University of Health Sciences. 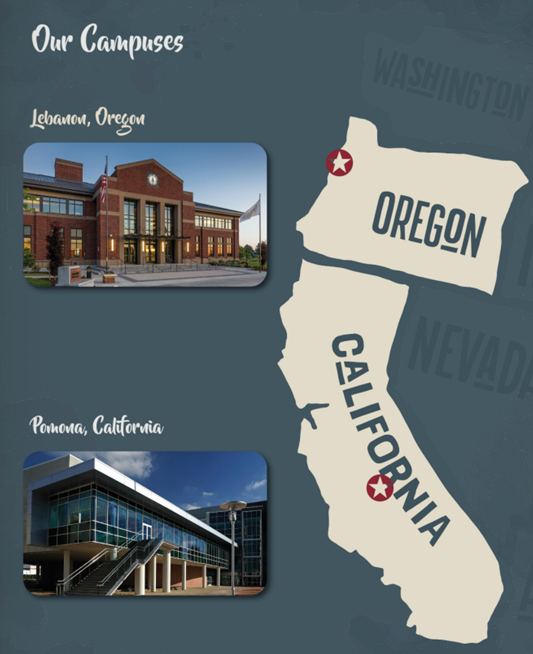 COMP-Northwest is the second medical school campus of the College of Osteopathic Medicine of the Pacific (COMP), which is the medical school of WesternU. COMP-NW operates from a ­55,000-square-foot Medical Education and Research Building.

The University ventured north in 2011, opening a campus of the College of Osteopathic Medicine of the Pacific in Lebanon, Oregon. COMP-Northwest has an enrollment of 400 medical students and a staff of 70. It graduated its first class of 100 osteopathic physicians in June 2015.

2016 also was an important milestone in WesternU history, as the University welcomed just the second permanent president in its history. Following the retirement of Founding President Philip Pumerantz, PhD, in September 2015, and a national search, the University’s Board of Trustees appointed Daniel R. Wilson, MD, PhD, as president in March 2016. Dr. Wilson, formerly Vice President for Health Affairs at the University of Florida Health Science Center and Dean of the College of Medicine-Jacksonville, officially took office in July 2016 and is to be formally inaugurated in August 2017.

Today, WesternU is home to more than 3,900 students in 21 programs, as well as 1,200 employees, and is one of the most thriving enterprises in the Pomona and Inland valleys of Southern California and the mid-Willamette Valley of Oregon. 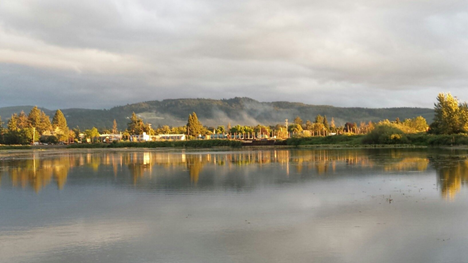 Lebanon, Oregon is centrally located between the coast and the mounts on State Highways 34 and 20. A friendly community nestled at the foothills of the Cascade Mountains in the heart of the Willamette Valley. A unique mix of residential, commercial, industrial, and education environments provides an outstanding quality of life.